The box the bed frame came in was a little beat up but all the small parts were bagged, taped, and damage free. First, you should verify that you have all the parts. You’ll get an instruction sheet, 28 long lag bolts, 8 small lag bolts, 36 nuts, an allen wrench, a small wrench, 14 plastic center brackets, 28 end brackets, 4 corner plates, 4 plastic corner connectors, 7 metal feet, 28 wooden slats, an I-beam, two long beams, and two short beams. The instructions are pretty brief and only show a diagram of the assembly without any text. There’s also a mistake in it that I’ll point out as we go through the assembly. Because of these hurdles, it took me a little longer to do the assembly because I had to unbolt/correct a few times.

One part that was pretty tough was getting the plastic corner connectors to go in all the way. You’ll need a rubber mallet to hammer them ina nd it’s a bit frustrating when they pop out. It helps to push two perpendicular sides together, then stand on the bars and hammer directly on the corner bracket to get it to slide into both bars. When using the bolts to attach the I-beam and feet, ensure the bolts are tight but do not over tighten as the metal starts to pinch in if you do so. The mistake in the instructional diagram is in steps 2/3 where it tells use to use the long bolts (part A) to assemble the feet to the bracket, when you should really use the shorter bolts (part B). You also don’t get any extra or spare hardware so don’t lose any pieces! I found that when attaching the feet, it helps to turn the frame upside down and attach the feet facing up, then flip the frame right side up to do the final tightening.

I had to wipe down the frame after assembly because it was pretty dirty and dusty out of the box. Putting together the slats and popping them in was fairly easy though. Just make sure to assemble each set of “ribs” first, then press it in rather than fitting all the plastic pieces then trying to force the wood into the slots. The slats should bow slightly upwards so it looks like a flying bird. After assembly, the frame stands 13 inches high giving you plenty of storage space underneath. My memory foam queen mattress is pretty flush with the frame. It doesn’t stick out or sit too far in, less than 1/2” on any side.

The frame is well balanced and doesn’t creak or squeak. It held up quite well to my jumping up and down on it. I did feel a smidge of wobble in one corner, though I’m guessing the weight of the mattress will cause this slight unevenness to settle over time. The frame is pretty stable, though it rocks a bit if you apply side-to-side motion. The plastic capped feet help prevent damage to my hardwood floors but with felt sliders on the feet it’s pretty easy to move around and lightweight. Overall, sleeping on the frame is fine and it is overall level and stable. For reference, my mattress weighs about 200 lbs and I weigh 120 lbs. I like that I don’t need to use a box frame and the frame isn’t super high, though I would have preferred if it came with a head and foot board. 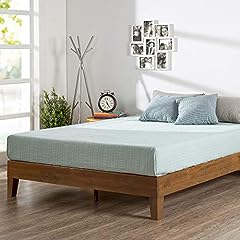 SUPPORTIVE AND STYLISH SLEEP - The perfect spot to begin and end your days, the Alexis Deluxe Wood Platform Bed adorns any interior with rustic, timeless charm and excellent mattress support NO BOX SPRING NEEDED - Reliable and closely spaced wood sla... (as of November 21, 2020 - More infoProduct prices and availability are accurate as of the date/time indicated and are subject to change. Any price and availability information displayed on [relevant Amazon Site(s), as applicable] at the time of purchase will apply to the purchase of this product.) 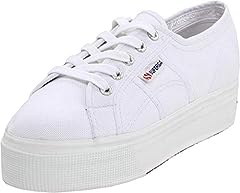 Superga sneakers tend to run slightly large. We recommend sizing down by 1/2 size. Outsole is 100% natural rubber (as of November 21, 2020 - More infoProduct prices and availability are accurate as of the date/time indicated and are subject to change. Any price and availability information displayed on [relevant Amazon Site(s), as applicable] at the time of purchase will apply to the purchase of this product.) 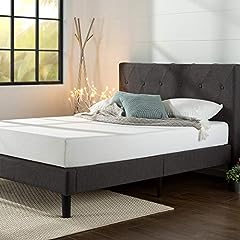 (19726)
GOOD LOOKS, CONFIDENT STYLE - With its easy-as-pie assembly, sturdy construction and elegant diamond pattern stitching, the Shalini stands the test of time and makes a stunningly chic addition to your bedroom DURABLY DESIGNED - Interior steel framewo... (as of November 21, 2020 - More infoProduct prices and availability are accurate as of the date/time indicated and are subject to change. Any price and availability information displayed on [relevant Amazon Site(s), as applicable] at the time of purchase will apply to the purchase of this product.) 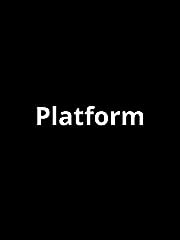 Fantastic job! Will you be doing more videos like this soon?

Where could I find replacement slat for the bed ?

@reviewedbyphil Read through your memory foam mattress warranty carefully. Some manafacturers will void your warranty if you don’t put it on a flat foundation as slats and/or box springs can damage the mattress overtime.

I removed all the contents out the box and now. I have to lift my bed up against the wall to make space to assemble this 16″ slat bed frame. I don’t wanna do this task. Ugh! It’s so many parts

I need your help I purchased this frame on ebay and when I received it the box was ripped and some of the parts are missing and I’m fighting with the seller trying to get parts or my money back, they say i should be able to get the parts from hope depot or WalMart but thats no true, I just want to get the parts i need. can you help me? Mark

Is there an easy way to take off slat holder?

How would dismantle the frame ? I needed it for transportation. I am not sure how to remove the wood slat and reassemble it.

I have the Twin XL version of this bed frame. It doesn’t have the “I” middle support bracket. Any suggestions?

Hi. Do you have any advice on how to fix the slats when they break?

Very helpful watching this before opening the box. Thanks. Happy New Year.