Unusual and BIZARRE Beds You Can Sleep On!

That regular mattress and box spring you sleep on every night is nothing compared to what we’re about to show you. Let’s take a look.

6. The Most Incredible Bed
Look at this bed. It’s got a gingham pattern and it’s a bit round. It doesn’t look that astonishing, right? Well, it’s also been called the most incredible bed ever. We’ve been told to not judge a book by its cover, so before you get all skeptical about it, let’s delve into the details. So this luxury bed was created by Swedish bed manufacturer Hastens and costs about $189,000. Made of layers of horsehair, cotton, wool, flax, steel springs, and encompassed by a pinewood frame, it’s supposed to give you some of the best sleep of your life.

5. What Happened To Waterbeds?
Once upon the 70s, waterbeds were all the rage. There’s no denying that waterbeds (also called flotation mattresses) are cool in theory–you’re sleeping on top of water without the threat of drowning. Pretty cool. However, they’ve known to be wildly uncomfortable so it makes sense they quickly went out of fashion. Products like the Aqua Bed Warmer don’t make mattresses that are basically water balloons. Rather, the Aqua Bed Warmer uses a water pump and uses it to heat water and then disperse it into their mattress pad for a heated water pad that’s comfortable and warm. The warm water ges dispersed throughout the mattress pad, making for a more stable surface than a regular mattress just filled with water.

4. Sleep In A Space Pod
The future has arrived it seems because there’s not only one pod bed, but a whole selection. Sleeping in a pod brings to mind something only out of science fiction, but nowadays you don’t need to be on a spaceship. For one, there’s the Egg Pod bed created by Lomme, which sells for over $2,000, with a similar creation from skymall. Then there’s sleeper pods, which look a lot like this Energy Pod (which also kind of looks like a high tech dentist chair). These sorts of pods are placed in more public places like the work space so that you can get a home-quality nap without having to commute all the way home or trudge through work on a caffeine rush. In 2013, sleep pods were installed at the Abu Dhabi Airport and these pods close all the way around your body to ensure a most undisturbed nap.

3. Music For Your Body
Imagine sitting yourself down in a bed like you’re going to sleep in a box and then feeling the vibrations of music all around you. Designed by sound artist Kaffe Matthews, the “Sonic Bed” was created to help stimulate the entire body with a multi-sensory environment for a more satisfyingly relaxing sleep. The sleeper will feel the music beneath them, lulling them into slumber that circulate and stimulate different parts of your body. It comes with a 12 channel speaker system right inside the frame. For now, it only exists as a museum exhibit at different locations throughout the world, so you can’t actually buy it…yet

Either you or someone you know, would just adore this bed. Kayla, pictured laying on the bed dressed as princess Leia, designed this bed to look just like the millennium falcon from star wars. If this doesn’t make you want to curl up in bed and binge watch all of Star-Wars then I don’t know what else will!

2. Napping On The Go
Similar to the idea of sleeping pods, the nap cab was invented so that you can take a nap in public without having to worry about someone stealing your things while you doze off. While it may seem over-the-top to enter a small chamber in order to sleep at the mall, you do have to admit that in the end, it’s safer. This is not only due to the fact no one can do things around you or to your things while you sleep, but if you need a nap, you don’t risk dozing off in the car on the way home. Nap cabs can also be found at places airports in Germany, Vietnam, and Japan, so you have a place to rest, especially during those delayed flights. It can cost anywhere from $12 to $18 per hour. There’s even bed linens, internet access, and even a dock for your iPod (for whoever still uses those). 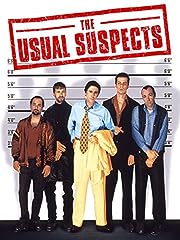 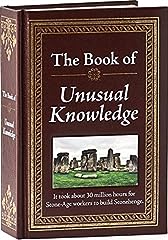 
The Book of Unusual Knowledge

(783)
(as of May 28, 2020 - More infoProduct prices and availability are accurate as of the date/time indicated and are subject to change. Any price and availability information displayed on [relevant Amazon Site(s), as applicable] at the time of purchase will apply to the purchase of this product.) 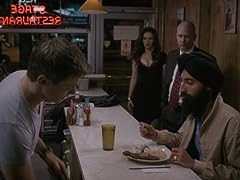 I liked 1, bed makes itself works for me!

Bed I slept in was a bunk bed in prison! Good and firm cause I did my cellmate in da ass and it never collapse ! Squeaked and moved to the motion of me ramming it in his ass! Great bed!

All these beds look stupid and not made for sleeping

im in a bed watching a video about beds. i love beds. except for deathbed, the bed that eats people..

Narrator, your voice is spectacular! I could listen to you read the dictionary all day

The public beds? Sanitation is my only question. As long as these could be kept clean and sanitary and free of parasites I think such spaces could be optimal and should be put in many more locations.